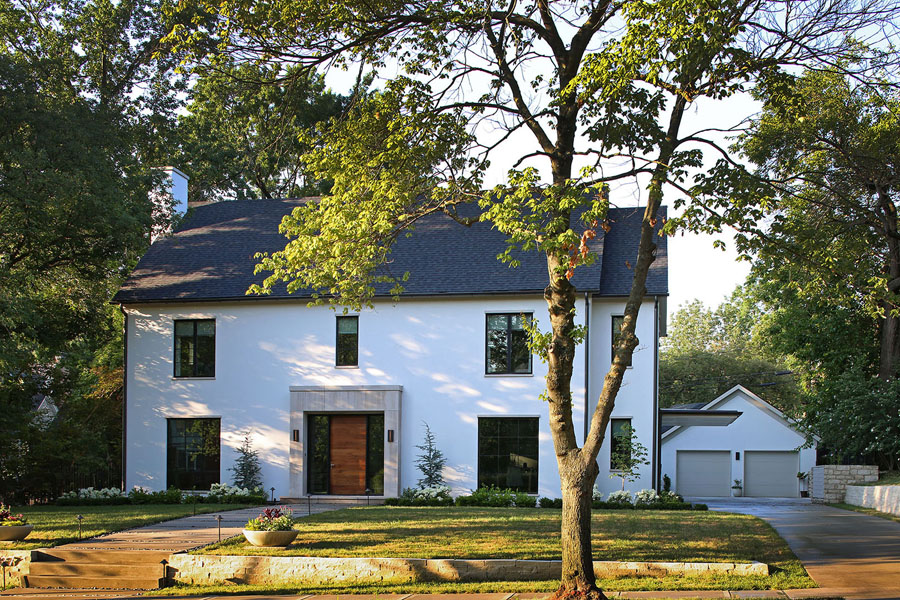 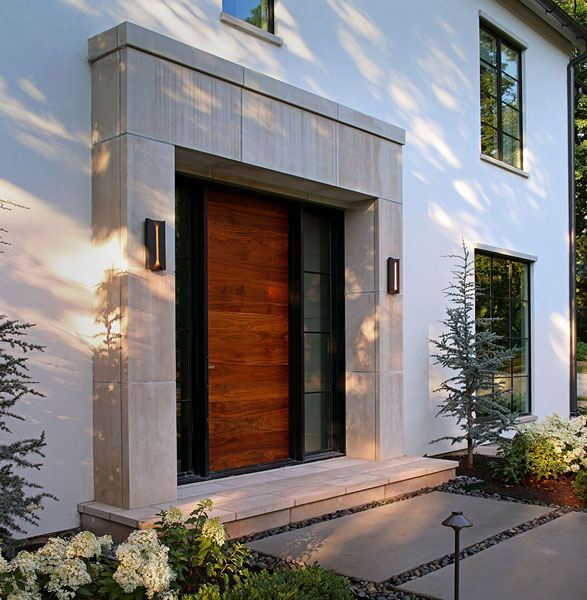 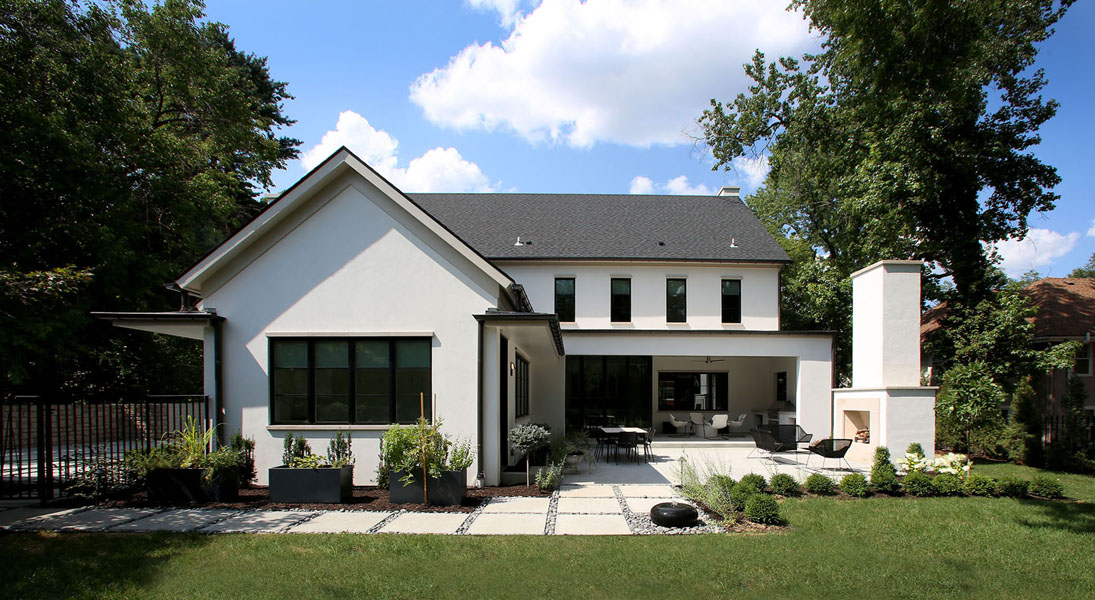 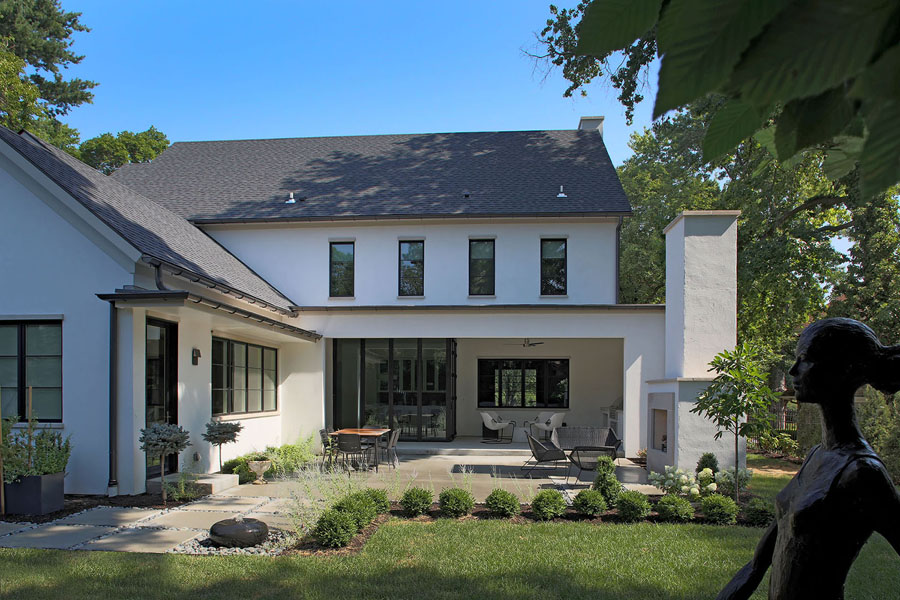 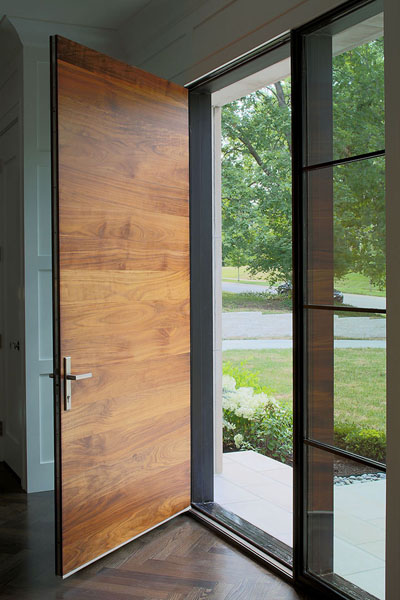 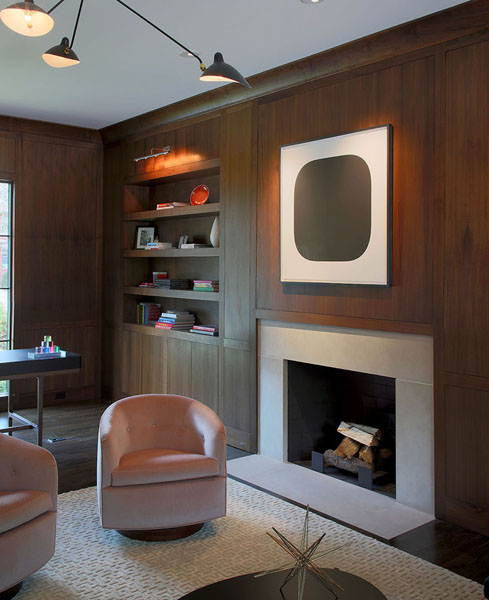 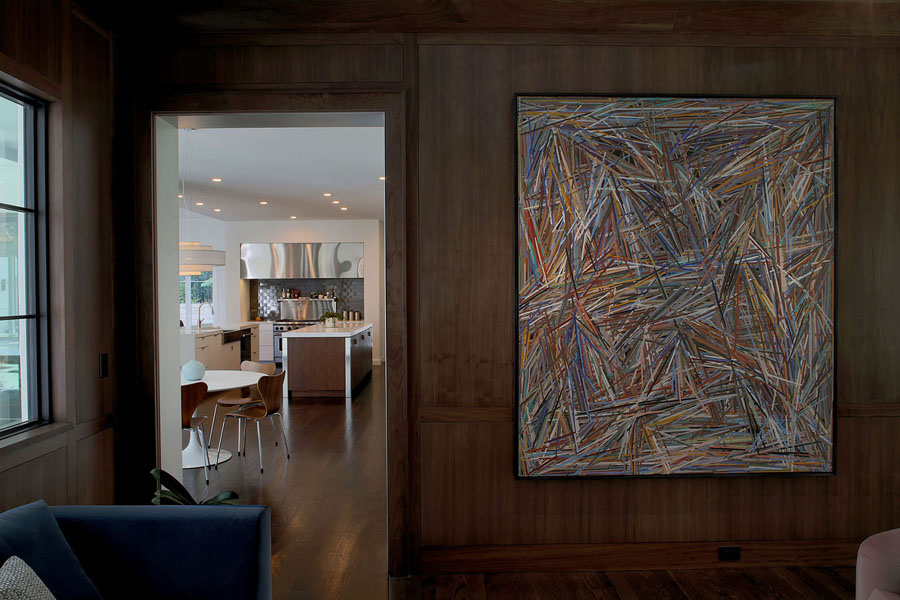 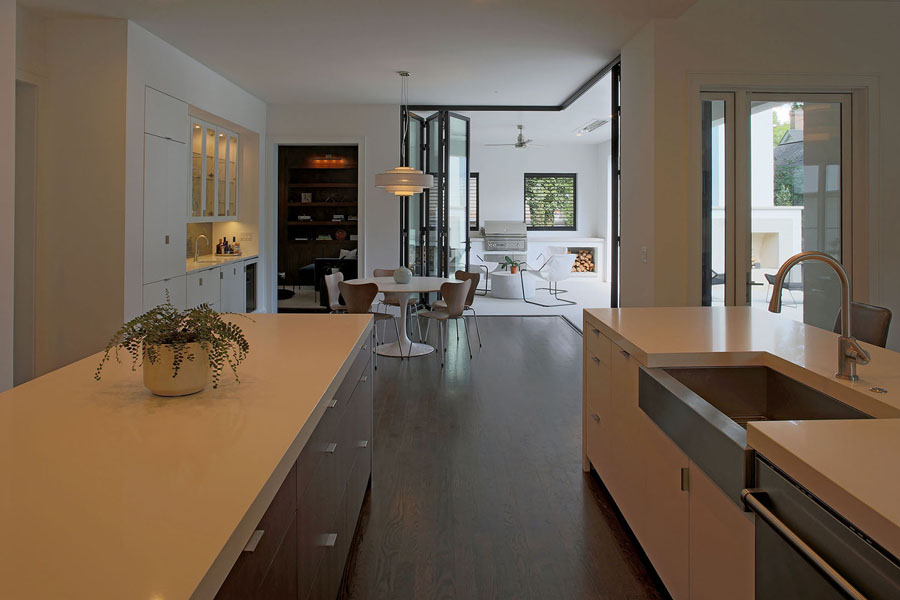 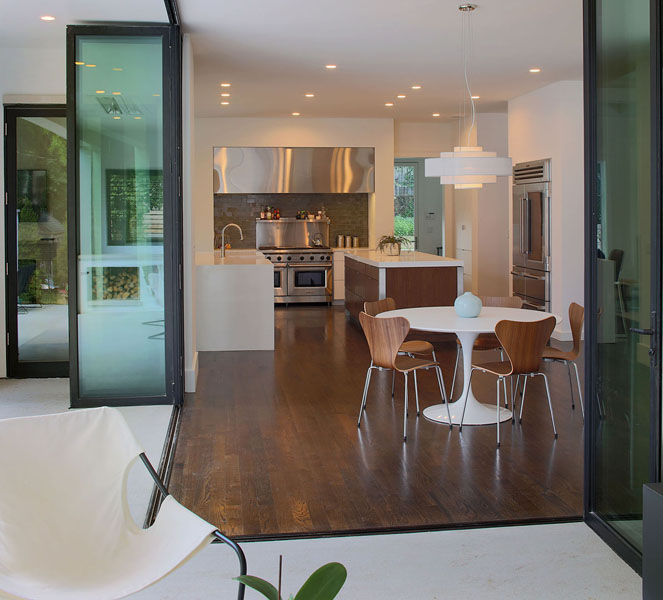 In 2013 Piper-Wind designed the renovations for a traditional 1920s home that occupied this site in the County Club Plaza district of Kansas City, Missouri. As part of the renovation we transformed the attached front facing garage into a porte cochère which became the defining architectural element of the house.

In 2017, the house was destroyed by fire, and the owner again approached us, this time to design a new contemporary house for the lot, but being mindful that it must be in keeping with the architectural character of neighboring properties.

The street façade maintains classic Georgian proportions and incorporates contemporary windows and doors, and with a nod to the past a modern porte cochère, a cantilevered portico structure, was designed for the side.  The interior is a streamlined contemporary design, with a rear movable glass wall system allowing the breakfast room to be completely opened to the patio.